I like to give my time and experiences to hopefully save others from possible turmoil. Take exams with different road safety organisations to make sure all that my riding skills are sufficient to keep me safe and to guide others with this experience.

In order of which I joined / became a member, if no end date, then still a member;

I passed my bike test in June 1978 and sought out more skills in motorcycling and came across the RAC / ACU motorcycle training group, which was mostly run by members of the Solent Motorcycle Club and the Fareham & Gosport Road Safety unit.

Even though I had a full bike licence as I had passed my bike test I still took the training as I wanted to learn more. The course direction was overseen by Martin Ames the “Fareham & Gosport Road Safety Officer”, under Winchester County Council.

After passing my RAC / ACU test I wanted to help others gain skills and pass there bike test. Everyone starts initially as a “Helper”. This was on Sunday mornings in the car park outside RNAD Fleetlands for the RAC / ACU motorcycle training. It was from 1978 to 1982, after being a helper I became an “Instructor” and would lead and instruct the group I was given. The last three years I was the Chief Instructor, and would instruct the instructors and be there for the candidates that also needed that extra help. We would split the candidates in to different groups, depending on initial assessment and bike they rode, which ranged from moped to 250 cc. We could have as few as 30 to as many as 120 being trained at any one time, each course lasted eight weeks.

This RAC / ACU initiative was about giving novices instructions to ride safely, and brought the candidates up to MOT pass level. This was imparted by experience and use of the Highway Code book as guidance. Which in turn would also make the candidates ready for the MOT yes it was then Ministry of Transport or or better know now as DVLA test or currently the DSA if you wish.

I came away from the RAC / ACU group in 1981 / 82 as it was being disbanded, as RoSPA were taking over. Many of the instructors and helpers initially went over to RoSPA training, but quite a number came away later because of poor admin and lower candidate numbers, and understand “restricted involvement”, over time though it did not grow or even flourish. Later to be replaced by various other motorcycle training groups including presently Phoenix and RoADAR Hants.

With encouragement from Martin Ames, he got me to take my IAM Motorcycle test, to my amazement as I passed,as I did not realise the high standard of my riding. Later Martin informed me that I was the first in the local area and the second to youngest in the IAM. I was 18 when I passed in march 1979.

I became an IAM motorcyclist member in March 1979.

Meeting at Stubbington Community Centre and supporting the local RAC / ACU motorcycle training scheme was one of the aims of the of this club as well as social meetings and camping trips.

SAM is affiliated to IAM RoadSmart (Institute of Advanced Motorists (IAM). I had looked at the SAM club website for many years but not just having the time to go along. I became a SAM member in December 2009 and started training to become an observer in February 2011. After passing as an observer, I started to train my first associate in June 2011.

Training to become an observer is not an easy feat especially after many years out of the trainer roll. It is though very rewarding in training and helping others to attain the IAM “Skills for Life”, now known as The “Advanced Rider Course” or ARC.

A very big thank you to all the SAM Senior Observers and observers that use there own time to help train future observers for SAM, and in particular I would like to mention Alec Gore – Chief Observer and Colin Hitchcock, now a Senior Observer for giving me additional and greater confidence in my own riding.

April 2012: passed the SAM Advanced Plus, with a first class pass.

After passing my original IAM test (March 1979) over 38 years ago and not having greatly ridden since 1984 some 27 years ago until 2011, it just shows that with the correct guidance and training with a proper willingness by the participant what can be archived and this in my opinion is what Alec Gore has done for me, re-installing greater confidence and up to date procedures and knowledge which in the 70’s was not available to civilians.

June 2012: passed the RoSPA (Royal Society for the Prevention of Accidents) motorcycle test a “Gold” pass the Highest Civilian grade available to the public, that was so wonderful, as now I have shown myself where I am with my motorcycling, should have done this many years ago! But would I have passed without the correct training! I will endeavour in continuing to keep to the riding practice skills contained within the Police “RoadCraft” and the IAM “How to be a Better Rider” books as they compliment each other in the information and guidance they contain. Once again, thank you Alec Gore.

March 2014: Received training from Bruce Armstrong OBE from BASICS Hampshire Biker First Aid Course, known as FBOS First Bike on Scene. Out of everything learnt from this the most important part I pass on to you direct from Bruce I quote “Do something do not do nothing as something is better than nothing” for you who are not trained and a reminder for those who are.

June 2014: qualified as an IMI / IAM National Observer exam for which I am now accredited as an IAM National Observer and can observe anywhere in the UK for the IAM helping any group and any IAM associate. Presently for Solent Advanced Motorcyclists. The exam is based on The Highway Code, the IAM’s How to be a Better Rider book and the Police Riders handbook RoadCraft, my examiner was Tony Oliver a deputy IAM Examiner who had come from Bristol to conduct the exam, thank you Tony. With this qualification a re-test is required every five years, next re-test – June 2019

October 2014: Passed the RoSPA Diploma in Advanced Motorcycle Instruction. This is a 5 days course covering Highway Code, RoadCraft (Motorcycle), Presentation, Instructional and Riding Skills, thank to Mike Smalley & Stuart Bullockand. From this I will become more active within RoSPA Advanced Drivers  Riders Hampshire and anticipate to go on the RPMT a Registered Post Test Motorcycle Trainer registered with the DVSA with then being able to advertising that RoSPA ADAR Hampshire can carry out a Post Test assessment for new & existing riders to show their competence and possibly get discounts on a range of products. To maintain being a Diploma holder you have to undertake a re-test every three years, next re-test – November 2020.

November 2014: Passed the IAM Master Rider exam which is the IAM’s Highest Civilian Riding exam, my examiner was Robbie Downing SE. After giving the test results on joint critique, Robbie’s de-brief was accurate & thorough he raised area’s that I could have done better in, which I have already taken action on. My journey to seeking to do an IAM Master Rider was given from inspiration received from Alec Gore giving advice, demo rides and guidance. The final stages getting to Masters level in order to feel confident in passing the IAM Master Rider exam was only possible with having Chris Smith as my Masters Mentor, he gave his time and expertise to me, to make me as I am now a much more skilful rider than at any other time in my riding life which I am deeply grateful for and will reciprocate to others along their journey, thank you Chris.  A re-test is required every five years, next re-test – November 2019. 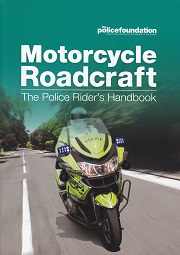